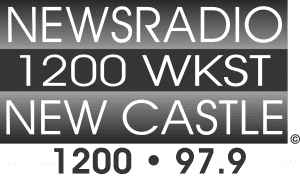 A 15-year-old is dead after an accident involving a stolen vehicle in Beaver County.  It happened Tuesday morning on the 17th Street Bridge in East Rochester.  Police were pursuing a […]

Authorities in Ellwood City say one person is dead, and another in critical condition, following a Monday evening shooting.  Police were called to a property in the two-hundred block of […]

Police in Neshannock Township are investigating a bomb threat made to Nehannock High School on Wednesday. According to police the Lawrence County 911 center received a phone call shortly before […]

New Castle City Police have charged a West Side woman of taking money from a collection jar for recent fire victims.  According to the New Castle News 43 year old […]

A New Brighton woman is facing over one-hundred charges following an investigation into animal abuse and neglect.  Humane officials in Beaver County say Barbara Beatty has been keeping dozens of […]

December 28, 20225:19 am Authorities in Beaver County are investigating a Tuesday evening shooting in Aliquippa.  The incident happened at around 6 p.m. at the Valley Terrace Apartments.  There has […]